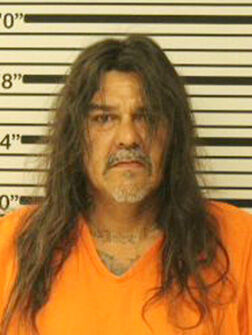 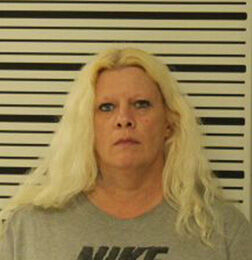 An Eau Claire couple was arrested and the man held in the Dunn County Jail after the man allegedly attacked and injured another person with a hatchet on Wednesday, May 19, in the town of Dunn, Dunn County. The man was stopped in the middle of his alleged attack by law enforcement officers who were driving by the residence.

Davis was charged with battery, felony and misdemeanor bail jumping, disorderly conduct and a department of corrections apprehension request.

According to a press release from Dunn County Sheriff Kevin Bygd, two West Central Drug Task Force investigators from the sheriff's department and Menomonie Police Department, were driving past a residence that was known to police to be involved in a high amount of drug trafficking. Bygd said a homicide had occurred at this residence in November 2020.

As investigators were driving by, they saw a man, later identified as Rose, retrieve a hatchet from a vehicle and allegedly run toward other subjects in a threatening manner with the hatchet above his head. The investigators called for backup and pursued Rose into the residence, allegedly finding that Rose had struck a subject twice with the hatchet and was about to strike a third time.

Officers ordered Rose, at gunpoint, to drop the hatchet, and he complied.

The investigation showed that Rose and Davis had allegedly assaulted two people at the residence before Rose returned to his vehicle for the hatchet. Subjects at the scene alleged the assault stemmed from a disagreement over past drug debts.

EMS was paged to assist, but no information was provided on the victims.