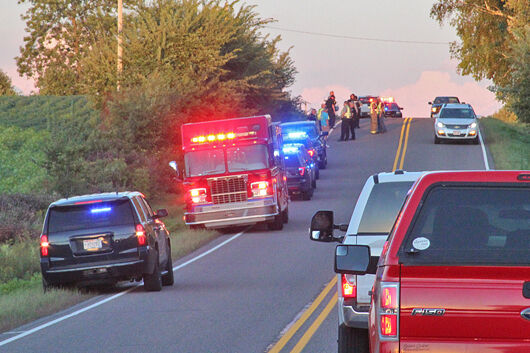 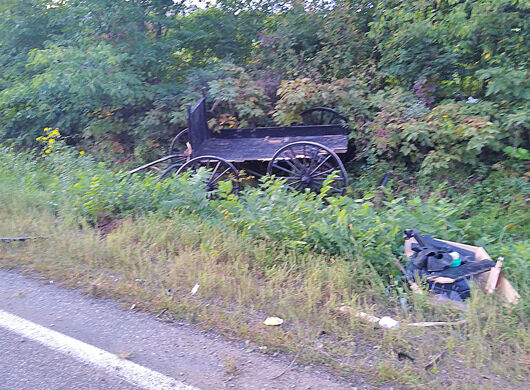 A pickup truck collided with a horse-drawn buggy on CTH D west of Chetek on Tuesday evening, Sept. 7, injuring one person in the buggy, according to the Barron County Sheriff’s Department. The crash happened around 6:45 p.m. in the 2000 block of CTH D. The sheriff’s department said both the buggy and pickup were heading west, into the setting sun. Chetek Ambulance Service, Mayo Ambulance, Chetek Fire Department, Wisconsin State Patrol, Chetek Police and Barron County Sheriff’s Department responded to the scene. The patient was transported by CAS to the hospital in Barron. Life Link III helicopter landed at the hospital but it was not confirmed if the patient was airlifted. The sheriff’s department said the horse ran off and its status was not known. Information on the driver of the truck and the nature of injuries for the buggy driver were not immediately available as of press time on Tuesday. Chetek Fire left the scene around 8 p.m. Pictured above, emergency vehicles line the westbound lane of CTH D. Pictured below, the damaged buggy lays in the westbound ditch.