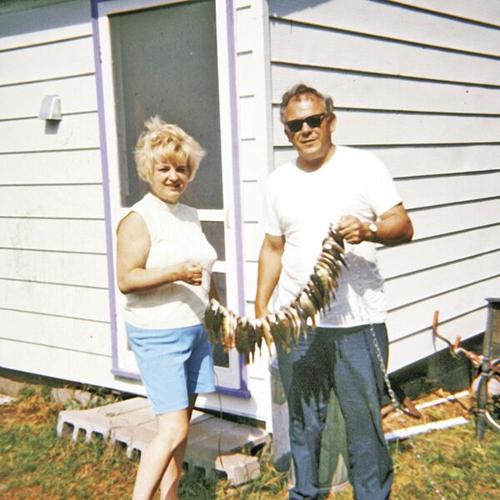 Pictured above is Marlene with her husband, Walter, and their stringer of panfish at their cottage on Prairie Lake 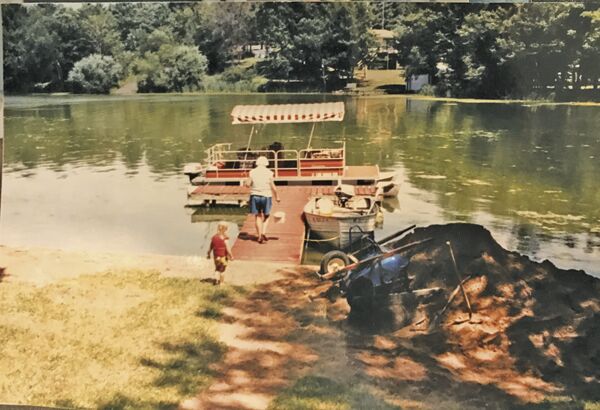 Pictured above is Marlene walking to the family pontoon with her granddaughter, Ashley following close behind. 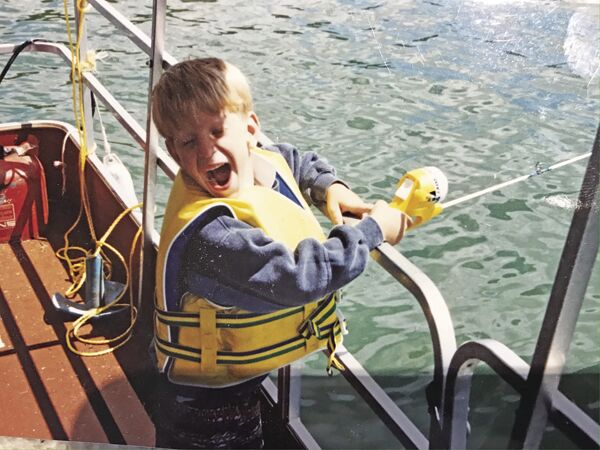 Pictured above is a young DJ with his fishing pole. "I was always happy to catch just one or two fish but my grandma could reel them in like it was her job," DJ said. 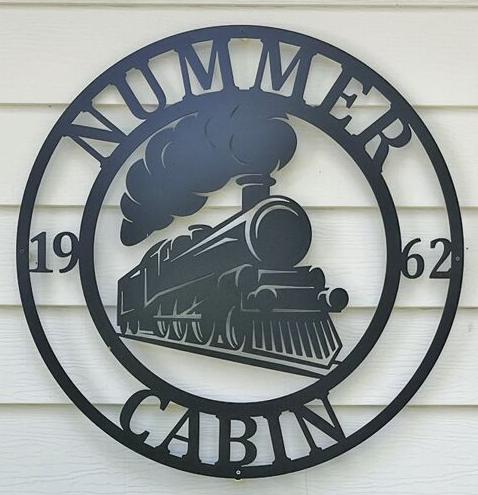 Pictured above is the Nummer's cabin sign. The railroad played an integral part in bringing their family to the area and they wanted to showcase it for everyone to see.

Pictured above is Marlene with her husband, Walter, and their stringer of panfish at their cottage on Prairie Lake

Pictured above is Marlene walking to the family pontoon with her granddaughter, Ashley following close behind.

Pictured above is a young DJ with his fishing pole. "I was always happy to catch just one or two fish but my grandma could reel them in like it was her job," DJ said.

Pictured above is the Nummer's cabin sign. The railroad played an integral part in bringing their family to the area and they wanted to showcase it for everyone to see.

The Chetek Chain of Lakes has been a tourist haven for decades. For one family from Chicago, it’s been their home away from home for 60 years. Marlene Nummer and her family will be celebrating their Diamond Jubilee on June 25 at the family cottage on Prairie Lake. For the Nummers, this celebration isn’t just a reunion for family and friends, this is a celebration for the whole community. The family has actually posted invitations at some of the local watering holes in Chetek, hoping the community will join them in celebrating this milestone.

The family has become woven into the tapestry of Barron County history as Marlene’s father, like many others, worked for the railroad industry. The family became enamored with the area when Marlene’s father brought the family to Chetek for a family vacation. Her father enjoyed the area and knew other railroad people who owned and rented property on the water. Her family drove 12 hours on route 12 from their residence in Chicago and stayed at a cottage owned by Charley Reidner who operated an eight-cabin resort on Prairie Lake.

After Marlene had married, she and her husband Walter and three childrenwanted to come back to Chetek for a visit. “Driving 12 hours with three kids in a station wagon makes for a long ride,” said David Nummer, Marlene’s son.

The young family was financially strapped at the time and decided to camp instead of staying at an area resort. During their stay in 1961, Marlene wanted to reconnect with her father’s old acquaintance, Charley Reidner. During their chat, Marlene became aware that Reidner was looking at selling one of his cabins because he and his wife couldn’t see the property from his home farther down the street. Marlene asked Reidner how much he wanted for the cottage and after hearing the price, she made him an offer. “I knew how much money we had and knew we could figure out a way to make it work.” The family made it a habit to travel from Chicago in mid-April and stay on Prairie Lake until mid-October for 60 years.

Times have changed since the 1960s when the family first purchased the 400-square-foot cottage in their nook of Prairie Lake known as Frankenburg Slough. Marlene said the population has exploded around the lake since the early days of their residency, “We used to row to the island and pick wild strawberries.” Now, according to David, Marlene’s son, the population has grown and the wild strawberry patches are no more. The family has seen the population in the Cameron and Chetek areas boom over the past few decades. “The population on the slough is ten times what it was when we first came here in the 1960s,” David said.

Another big change the family has witnessed is the water quality on the lake. Believe it or not, the lakes have not always been green and goopy in the summer. There was a time when the slough used to be clean. The family reminisced about the water being so clear in places that a person could see the fish biting on a baited hook three or more feet down. One of Marlene’s favorite pastimes at the cottage was fishing off the dock where she would regulary outfish her family.

Marlene and her husband invited their friends from Chicago to visit for a couple weeks one summer, and after their stay, it became a yearly tradition. The yearly tradition lasted two decades, beginning in the 1970s and ending in the early 1990s. The group ebbed and flowed over the years as families grew and life took people in different directions but the memories were as bountiful as their fishing lines were in the summertime. “The ladies did all the fishing in our group while the men did the talking,” Marlene said.

The Nummers and other families on the lake would have parties on the weekends with food and music played by their friends.

The group loved to golf at  Sioux Creek Golf Course in Chetek and Pine Crest Golf Course in Dallas. Marlene was such an avid golfer that she became part of a club that would offer golfing perks for all Wisconsin courses.

Marlene’s son, David, worked at Sioux Creek Golf Coarse the year a large storm knocked most of the trees in Chetek down. “The golf course had trees down everywhere.”

After spending over half a century on Prairie Lake, the family has become intertwined with other families in their neighborhood. The family has forged bonds with some of the families in the area who have also lived on the lake for the last few decades. One of Marlene’s grandchildren, DJ explained how special it was to have generations of his family growing up with the generations of other residents, continuing the ongoing legacy of get-togethers and camaraderie, “That’s what this is all about—carrying on a legacy for the next generation.” The Nummer’s believe that the value doesn’t only lie in their family home but with the friendships they form around them, “Building relationships is what adds value to Frankenburg Slough,” DJ said.

To the Nummer family, railroad history is family history because they  would have never discovered The Chetek Chain of Lakes or their cottage if it weren’t for the railroad industry of the 20th century. They even had a sign crafted with their family name and a steam engine mounted on the front of their cottage, almost like a family crest for all to see.

The Nummer’s ultimate goal in telling their story is to highlight the importance and rewards of forming intergenerational relationships with those around them.