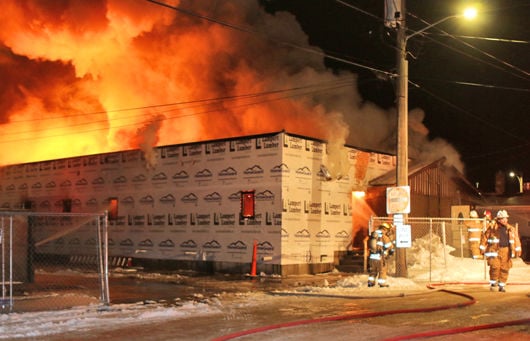 Smoke and flames rise from the new addition at Sather Family Dental, as seen from the alley. 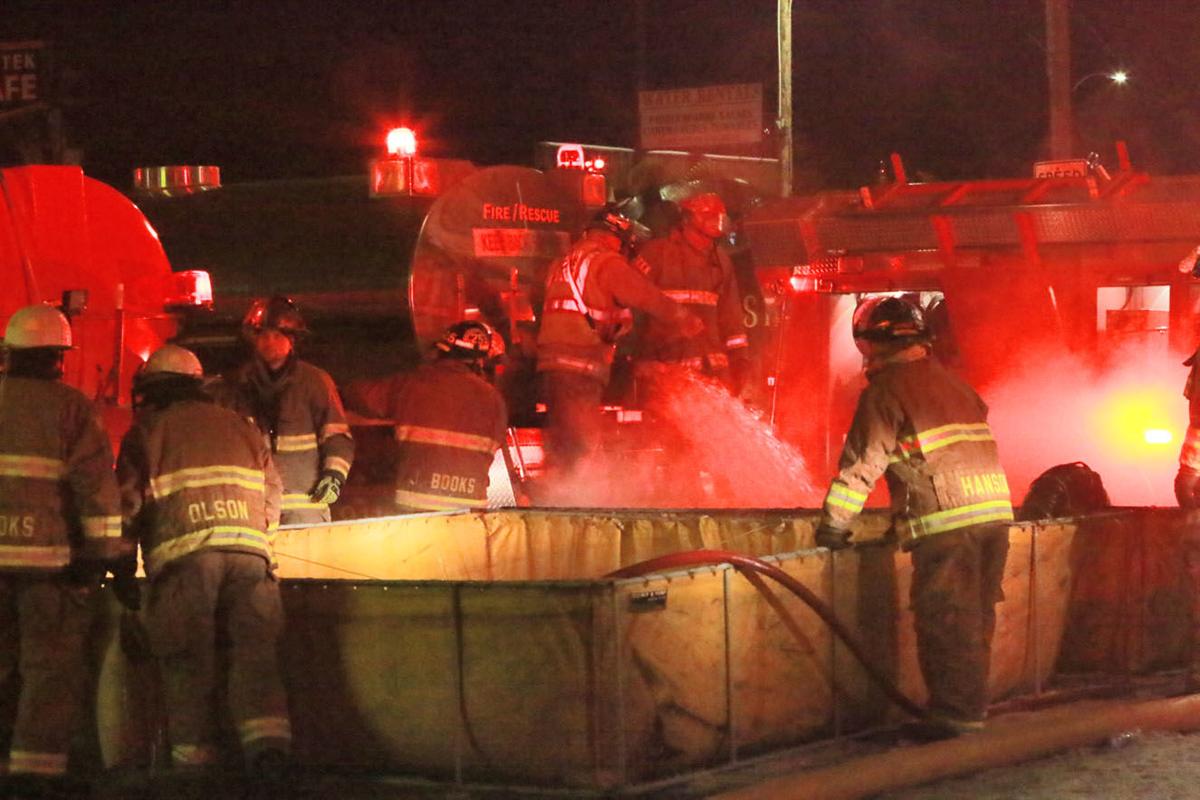 Smoke and flames rise from the new addition at Sather Family Dental, as seen from the alley.

Two Chetek businesses are dealing with the aftermath of a fire that destroyed their premises on Friday, Jan. 3, but owners say they have found an abundance of support from the community.

The building of Sather Family Dental and In Step Dance Studio, at 118 Douglas St., Chetek, was discovered ablaze and reported to 911 at 8:40 p.m. on Friday. Firefighters from five area fire departments were called to the scene.

Dr. Nik Sather, owner and dentist at Sather Family Dental, was working to get his practice up and running again as soon as possible in a temporary location. Dentists from Chetek, Rice Lake, Cumberland, Bloomer, Chippewa Falls had reached out offering assistance by handling dental emergencies of Sather’s patients or offering space to work.

“I think we can be operational fairly quickly,” Sather said on Tuesday, Jan. 7. “Other than emergencies, I think we can see patients by the end of the month, if not sooner.”

In Step Dance Studio was in the middle of their winter break, said owner Alexa Basina. The Chetek-Weyerhaeuser’s Roselawn Elementary had offered the use of the school’s cafeteria for dance practice, Basina said, meaning they would start dance class on Monday, Jan. 13, as scheduled.

“We are strong and we’re going to come out even better than before,” Basina said, crediting the support of the community and the school district. “The community has been amazing, by offering places to practice. We’re overwhelmed by their generosity.”

Speaking by phone on Jan. 7, Basina said she hoped to find a permanent location for the studio in Chetek. She was looking several locations.

Sather said he would know for certain later this week, but he was looking at setting up a temporary office in Rice Lake. That location was best suited for his needs.

Just today, Sather and his employees had set up a new computer to access patient records. Luckily, patient records were backed up every night and secured off-site. Once they had full access to this information, they could start reaching out to patients who had scheduled appointments this month.

The office’s business line was now forwarding to a cell phone and they would start answering it once they had a schedule set up with the backed up patient data. Soon, they will be reaching out to patients and updating them on the status of their appointments.

Sather said his insurance coverage could keep his employees on the payroll until they started up again. Right now, they were working on setting up for a new, temporary office. His dental equipment dealer, Indianhead Insurance and Sterling Bank had been instrumental in this process, Sather added.

With at least $1 million in losses from the fire, Sather said it would be a year before he rebuilt an office. He hoped to rebuild on the same location on Douglas Street.

The building had been midway through the construction of a new addition so Sather could hire an associate dentist. Sather said a new office will be built to accommodate a second dentist.

No cause of the fire had been determined yet, but investigators and the insurance companies would try to determine how the fire started.

Thanks to Chetek firefighters like Al Zeltner, the iconic tooth statue was saved. Zeltner was able to unbolt it from the sidewalk next to the building and Sather and others dragged it to safety across the street at Six Lakes Realty. The Free Little Library next to the building was also spared. Neighboring businesses also appeared to have no damage, including Sandals Spa, Chetek VFW Post 10331, Whimsical Gift Shoppe, Hope & Anchor Coffeehouse and Chetek U.S. Post Office.

“Thank you to all of the individuals and businesses who reached out during this difficult time. It was greatly appreciated and we were overwhelmed by their support,” Basina said.

Sorry, there are no recent results for popular images.