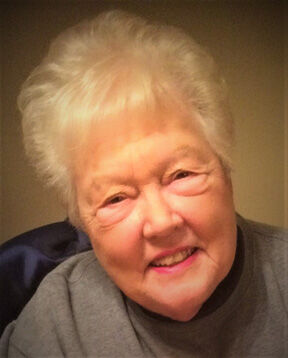 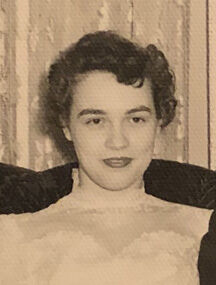 Patricia was born on May 6, 1935, in Reedsburg, Wis., to Owen and Mildred (Doering) Gallagher. Pat married her high school sweetheart, Jim Lutz, on Jan. 30, 1954, and they settled down in Tomah, Wis., after Jim accepted his first job as a pharmacist. Their first son, Larry, was born in 1955, and the children kept coming. Soon there were four more: Theresa, John, Mary and Andrea. In 1966, Pat and Jim moved to Chetek, where they purchased Abbott Drugstore, and began their love affair with the town of Chetek and it’s people.

Pat worked hard as a stay-at-home mother, but once the children were older, she put all her energy into helping out at the drugstore. She so loved being out in the public and visiting with people who came into the store. Pat was a long-time member of the Board of Directors at Knapp Haven Nursing Home. She bowled in a league for years, and also was a volunteer at The Chetek Food Shelf. She was an accomplished golfer, and was in the championship flight at Sunset Golf Course in 1996 at age 61. Pat loved music her entire life and even recorded an album during her high school years. She sang and played organ for the choir at St. Boniface Church for many years and was also a member of The New Auburn Christmas choir.

Pat enjoyed all her travel, whether it was her golf trips to Texas with Jim, trips to Vegas with family and friends, ocean cruises, white water rafting, or attending the infamous, “All Girls, No Husband, No Kids” trips with her daughters. She enjoyed reminiscing about her trips to Ireland and Switzerland. In her later years, she was perfectly content to travel to see her kids and grandchildren.

Patricia was preceded in death by her parents, Owen and Millie Gallagher; husband, Jim Lutz; and sister, Rosalie Ducklow.

Her family would like to thank all of her friends and neighbors who looked out for her in the last few years. You don’t know how much we appreciate knowing that she had someone nearby that she could count on for help, hugs, or conversations over a cup of coffee, or a glass of wine. You all are the reason she loved the Chetek community so much. We are forever grateful.

A Celebration of Life will be held at a later date.

The Burnham-Ours-Kolstad Family Funeral Home of Chetek has been entrusted with arrangements.