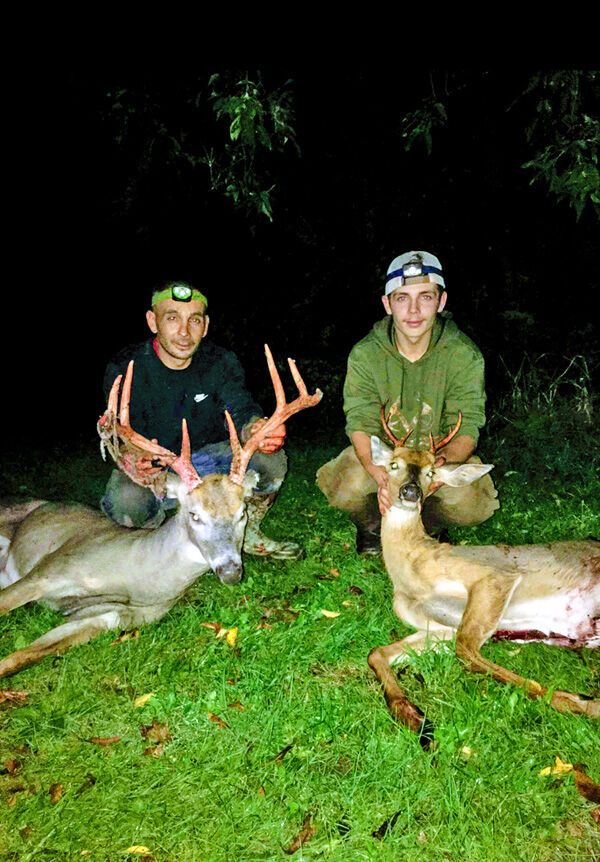 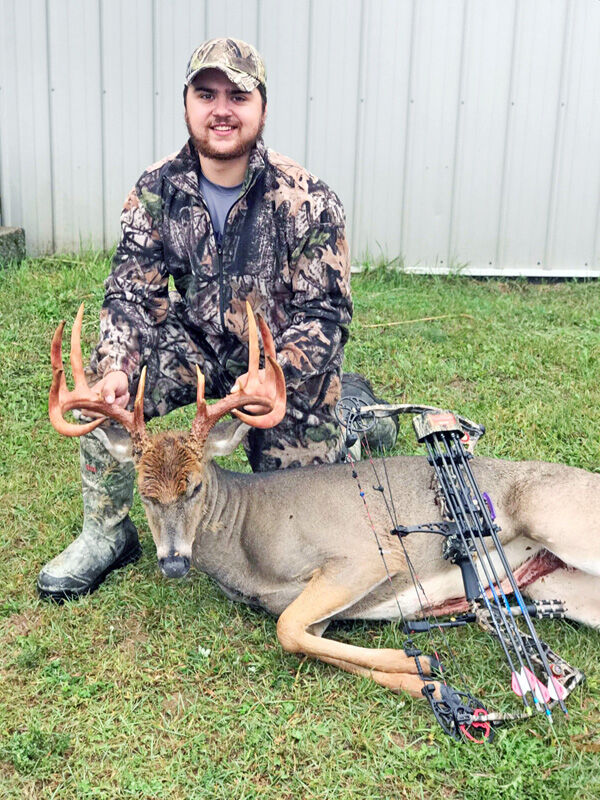 The 2020 archery and crossbow deer seasons opened on Saturday, Sept. 12, and a handful of whitetail fanatics capitalized on opening day by filling their buck tags. Chetek resident Alex Timm, above, harvested his first buck with a bow opening morning. “Initially, he came in at about 80 yards through some brush, but walked away. But, he came back about 30 minutes later and once he got to 25 yards, I let it fly,” Timm explained. “I went back to the house to let it sit, and my buddy Trevor Buse came over and we found him 50 yards from the last blood I found.” Surprisingly, Timm noted that the buck just moved into the area, as he had trail camera photos of the buck for the first time two days prior to the opener around 3 p.m. Pictured below, former Chetek resident Joey Gonzales and his son Antonio, a sophomore at Chetek-Weyerhaeuser, doubled up on opening night as father-son duo both tagged out with bucks in Rusk County, roughly one hour before dark. Joey arrowed his 144-inch eight pointer while hunting a little less conventional compared to others—he was hunting with a recurve bow, from the ground on a spot-and-stalk hunt. Joey closed the distance to 10 yards, noting that the buck  had no clue he was there, before taking the buck with his recurve bow. The eight pointer had a 20-inch inside spread. His son, Antonio, was hunting on the same property in Rusk County and harvested his first deer, which was a six pointer with a compound bow.