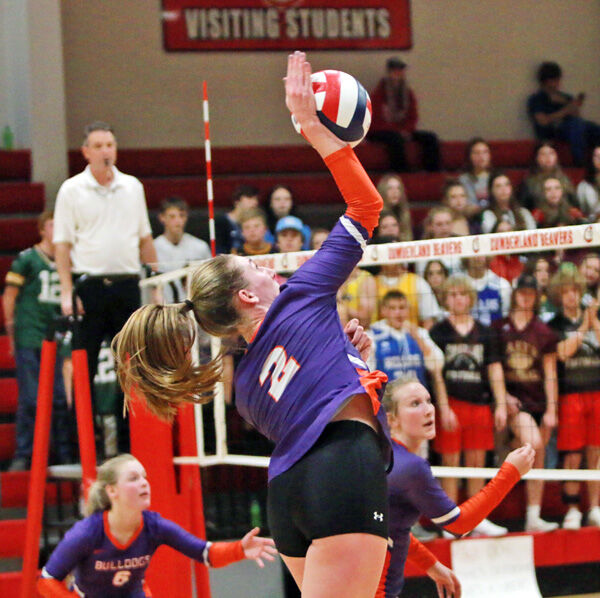 The Chetek-Weyerhaeuser volleyball team ended its 2021 campaign when the No. 10-seeded Bulldogs were defeated  in three sets by the No. 7-seeded Cumberland Beavers on Oct. 19. Pictured, senior Greta Jorstad spikes a perfect set at the net for a point. 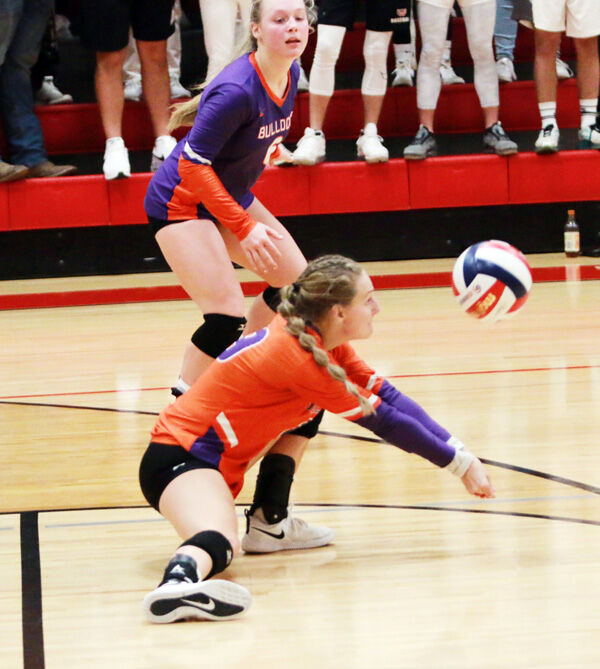 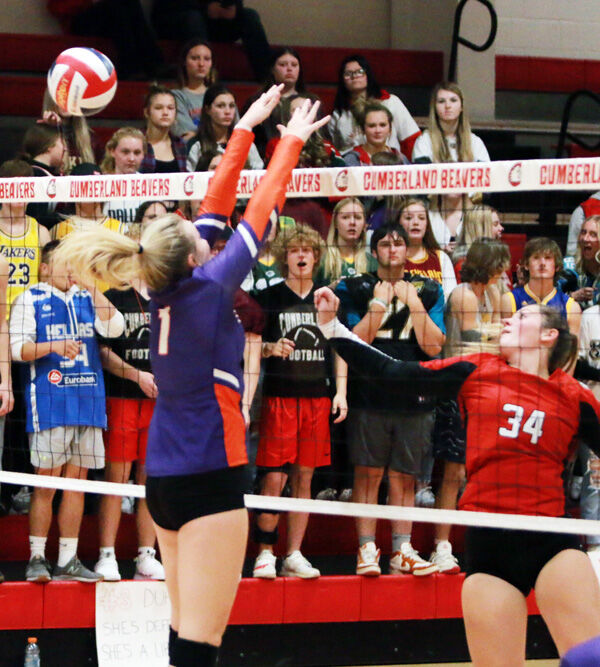 The Chetek-Weyerhaeuser volleyball team ended its 2021 campaign when the No. 10-seeded Bulldogs were defeated  in three sets by the No. 7-seeded Cumberland Beavers on Oct. 19. Pictured, senior Greta Jorstad spikes a perfect set at the net for a point.

And just like that, the 2021 volleyball season has come to an end. The No. 10-seeded Chetek-Weyerhaeuser High School volleyball team was bested in three straight sets against conference foe Cumberland, a No. 7 seed, when the Bulldogs played on the road on Tuesday, Oct. 19. It was the second time the Beavers defeated the ‘Dogs this season, winning in five sets back on Sept. 23.

C-W (9-13 overall, 2-7 in conference) had several unforced errors and also struggled attacking the ball against Cumberland (12-12, 6-2). In set one, the hometown Beavers toppled the Bulldogs by scores of 25-7. C-W showed some resiliency in the second set, but ultimately Cumberland pulled away and won 25-17. With the ‘Dogs facing season-ending elimination, they were simply overpowed by Cumberland’s strong hitters and lost 25-13.

“Overall, we just got stuck in rotations and couldn’t sideout when Cumberland was serving. We could not get anything going offensively, and we made too many unforced errors,” stated C-W head coach Heather Bohl. “After set one, we shifted our lineup to start in a different rotation which seemed to help us get some blocking and offense going. It worked in our favor, but it wasn’t quite enough. Cumberland is loaded with offensive weapons, has a big front row and is a great blocking team. They pound the ball with very few errors. We just didn’t have an answer for them that night, as our team performance on the night was below our average in serving, serve receive, and attacking the ball.”

Nichols finished with a team high hitting percentage of .143 (2 kills, 7 attempts), followed by Mitchell (3 kills, 16 attempts) and junior Anna Widiker (3 kills, 8 attempts)—both at .125—and Greta Jorstad at .067 (7 kills, 30 attempts–both led the team). Nichols led the team in assists with 10, followed by Jorstad with 4, and Bildoeau and Widiker each contributed 1.

Jorstad was C-W’s leader in blocks with 3, followed by Nichols, Mitchell, and Widiker who each contributed one block. Schofield and Nichols led the team with 9 digs each, followed by Claflin with 8, Mitchell and Jorstad with 7 each, Widiker with 3 and senior Mariah Bilodeau with 1. Sophomore Hannah Solie, who made her varsity debut, finished the match with 1 dig.

“Like every sport season, we had our ups and downs, but through it all we grew and learned so much from each other. We made some fun memories this season from our July team volleyball camp, to our senior team competitions, bowling, team dinners, and our overnight trip to Superior for our Northwestern tournament,” explained coach Bohl. “This team is a family, and like most families, we love each other. At times we fight with and for each other, laugh and cry together, and we are always dancing. We stick together through it all and never give up on ourselves or each other.”

“It has been an honor to coach our four seniors during their time in high school. Every player and coach in our program will truly miss them and the passion they have for volleyball. But, what we will miss most is that they are amazing people. They are kind, strong, funny, and each girl is so unique and talented. We are always sad when the season wraps up, and it sinks in that it is all over--the time goes so fast. It has been an amazing experience with these girls. It reminds me of the wise words from Dr. Suess: ‘Don’t cry because it’s over, smile because it happened’.”