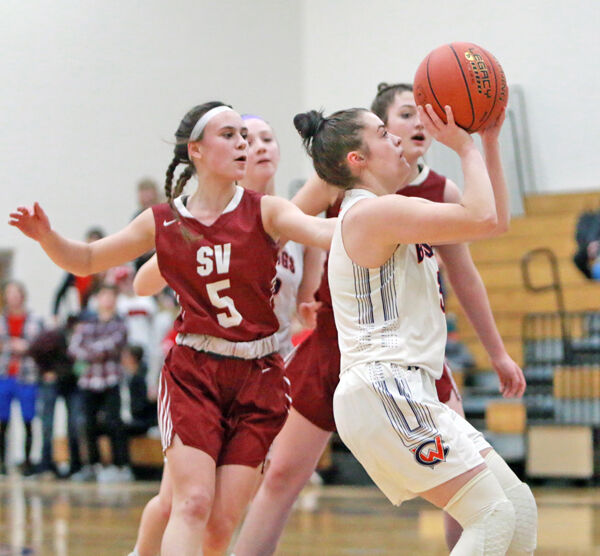 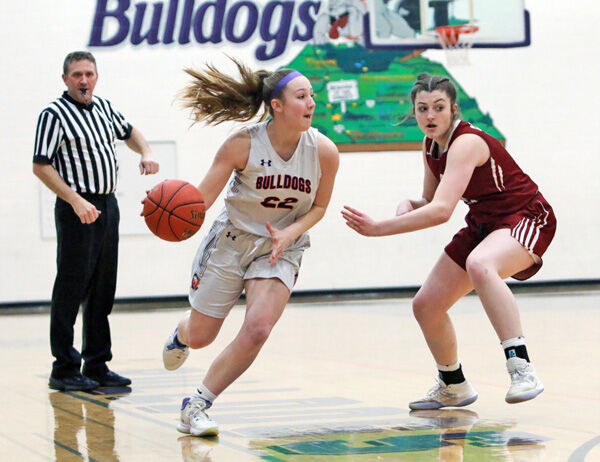 The Chetek-Weyerhaeuser girls basketball team had another rough week on the hardwood as it lost three more games and saw its losing streak reach eight games. Nonconference opponents Spring Valley and Amery topped the lady Bulldogs, as did the Northwestern Tigers.

Although the ‘Dogs cut the deficit to just three points by halftime, the visitors fended off any comeback attempts by C-W in the second half as Spring Valley went on to win 53-38.

At first, things looked relatively bleak for the Bulldogs who found themselves trailing 16-4 with 12 minutes left in the first half. However, C-W went on a 19-10 run to end the half and were behind 26-23 at the break.

Unfortunately for the ‘Dogs, a six-minute scoring drought in the second half allowed Ducklow and the Cardinals to take a 15-point lead they never relinquished.

Ducklow had a big second half and ended the night with a game-high 29 points.

Coming off the home-loss to Spring Valley, C-W made the long journey to Northwestern (8-2, 5-1) on Thursday, Jan. 6, where the hometown Tigers mauled the Bulldogs 75-43.

Northwestern’s aggressive full-court defensive pressure and a balanced scoring attack were too much for the ‘Dogs. The Tigers had 10 different players score in the game, including four in double digits, and forced 44 C-W turnovers.

The home team jumped out to a 12-2 lead in the first three minutes of play and held a comfortable 33-18 lead by halftime.

Tieryn Plasch scored 12 of her game-high 17 points in the first half for the Tigers.

Nelson had eight of the Bulldogs’ 18 points, including one three-pointer. Jenson added five points in the first half.

The second half featured a high volume of fouls—18 by C-W and 13 by Northwestern—as both teams shot numerous free throws in the final 18 minutes of play.

However, the Tigers outscored the Bulldogs 42-25 as they earned their eighth win of the season.

Plasch led Northwestern with 17 points, followed by Shayna Wick with 14, Ava Anderson with 13 and Annalee Sutherland with 10.

For the second straight game, Nelson was the only C-W player in double figures, tallying 13 points. She also grabbed a season-high eight rebounds and dished out three assists. Junior Abigail Johnson had seven points, followed by Jenson and fellow freshman Taya Wittenberger each with six points. Jenson led C-W with 10 rebounds. Juniors Cierra Rihn and Olivia Schofield, along with freshman Camila Hanson all had three points apiece.

It was a game where the hometown Warriors had the game wrapped up by halftime, storming out to a 42-17 lead.

Amery remained in cruise control in the second half, outscoring the ‘Dogs 30-23 as it coasted to the win.

C-W gave away too many possessions, committing 44 turnovers again, compared to 30 by the Warriors.

Amery’s Luciana Aizpurua and Alex Edwards each had 15 points.

“We are a very young team that has some bad habits we need to break. The girls just need more experience; plus, we play in a very competitive conference. This week looks to be more favorable of a schedule, but we need to go out and execute what we know,” C-W head coach Patrick Boughton explained. “We are simplifying some things for the girls, so they have to make fewer choices on the floor, and they can focus more on just playing and less thinking. We also took more time in film preparation so we can break down specific plays and show the girls on film.”

“Despite the losses, our morale is good overall. Are the girls and coaches disappointed with our record? Yes, and that is to be expected. It shows that people care and have some competitive juice to them. We also have times where players are frustrated with what they are told by coaches, but I try to follow up with them to help clear the confusion. But these things happen in all programs. Overall, kids come to practice in a good mood, they work hard, and they are a fun group to be around,” coach Boughton concluded.